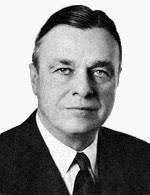 The Cowles Commission for Research in Economics was founded in 1932 by economist Alfred Cowles. Among its work, in 1938 it published a monument of financial research: Common-Stock Indexes, 1871-1937, and a second edition in 1939. Whenever you see historical stock data that goes back to 1871, you can be almost sure that this is the source.

The introductory chapters on the difficulty of compiling the data remind us that at the time there were important stock markets in many other cities besides New York, and the team had to comb through data from all of them. The report refers to covering "93 per cent in market value of the railroad stocks." Furthermore, 1/6th of stock trading volume was done on the "curb exchange," which later became the AMEX. Cowles did not include this data because it was so unreliable that Commercial and Financial Chronicle, which published it, warned that

It should be understood that no such reliability attaches to transactions on the "Curb" as to those on the regularly organized stock exchanges... it is out of the question for anyone to vouch for the absolute trustworthiness of the record of "Curb" transactions, and we give it for what it may be worth.

The 499-page volume was calculated by a team of several dozen student volunteers from Colorado College, using desk calculators. They say it required 25,000 "computer hours" (where "computer" refers to a human being performing computations). The word "index" means cap-weighted [[Indexing|index}}, and the authors take pains to explain the exact formulas they used and to relate it to the work of Irving Fisher and his 1922 book, The Making of Index Numbers: A Study of Their Varieties, Tests, and Reliability. Dividends were included, but there was no attempt to adjust for inflation (or, in this case, deflation). Sixty seven separate indexes were calculated, by individual industry (leather, railroad equipment, retail trade--drug chains) and by some larger groups (all stocks, retail trade). 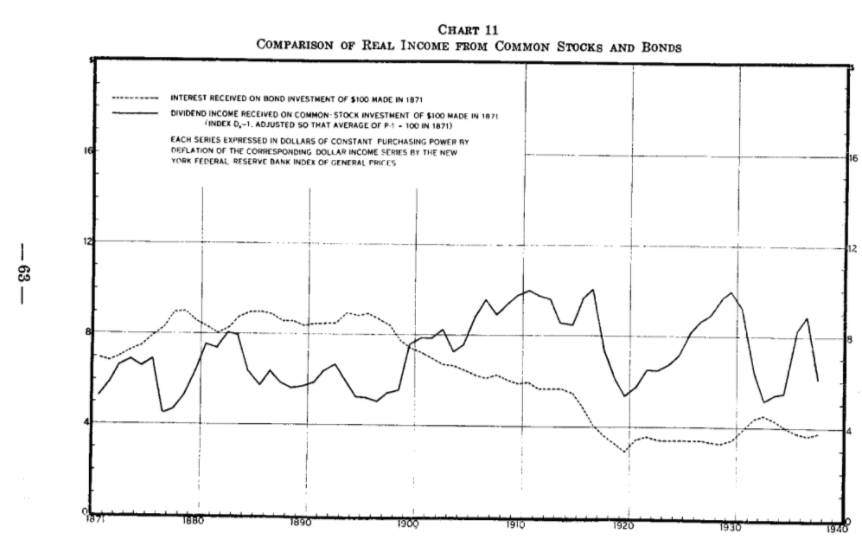 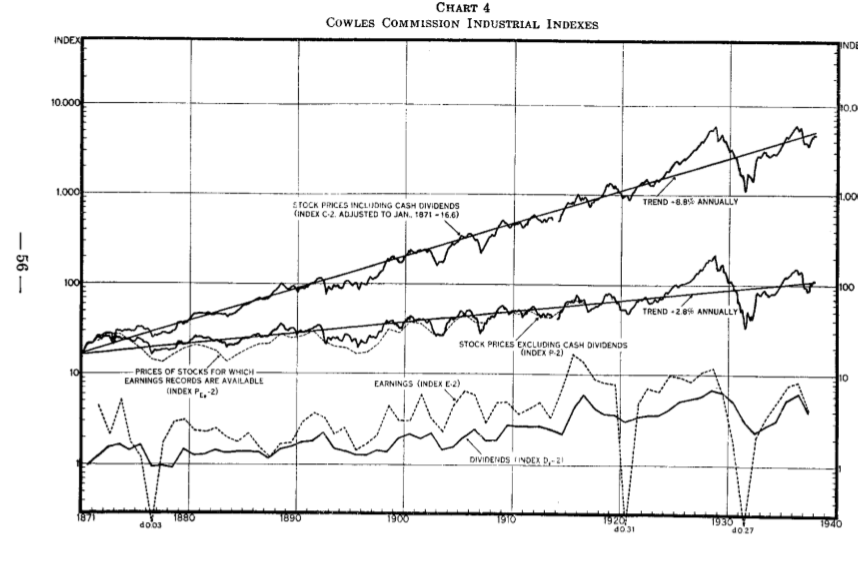 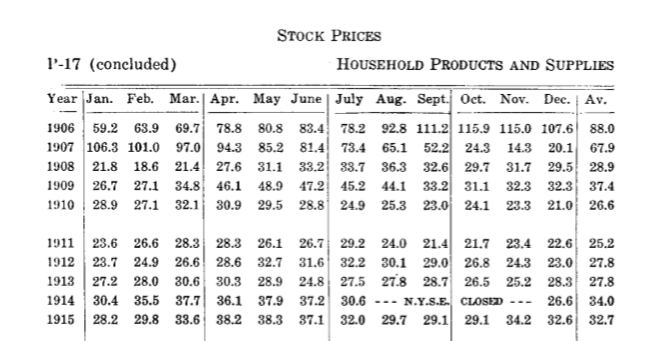