This is a member contribution representing Nisiprius' personal opinions. It's based on Bogleheads® forum topic: "4% rule" withdrawals from real mutual funds.

1) The "4% rule" is what it is; I'm not suggesting it as an actual system to follow literally. 2) All the funds that failed did so for starting dates in the mid-1960s when inflation hit double digits, causing "the death of equities." As usual with extreme events, some will say they are outliers and can be ignored, while others point to Nassim Nicholas Taleb's dictum that by definition the worst case is always worse than what was previously considered to be the worst case. 3) These funds might have lower expense ratios now. 4) I don't think this idiosyncratic analysis doesn't tell you much useful about the future of these funds. 5) I don't think these results should be used as a measure of relative fund quality. 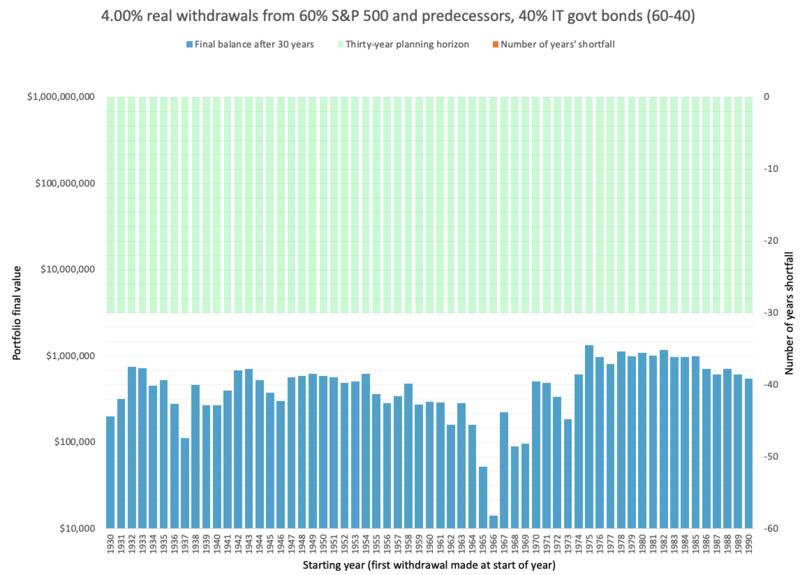 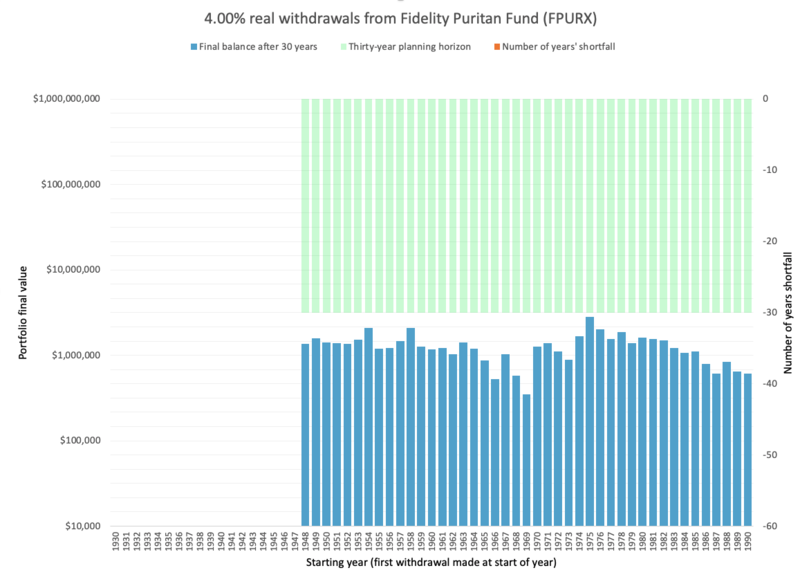 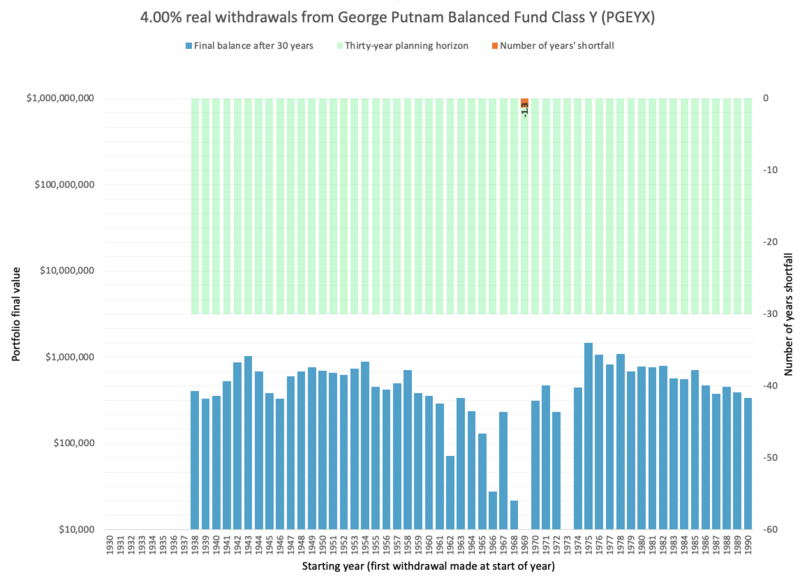 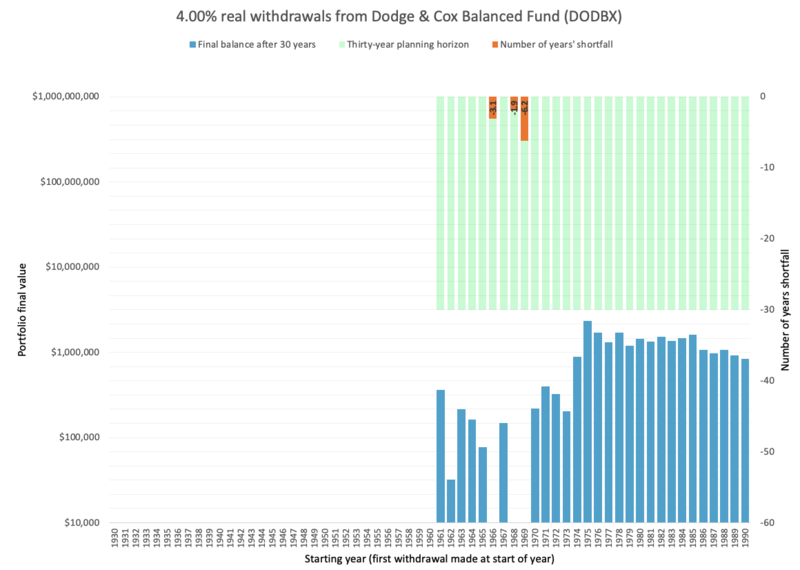 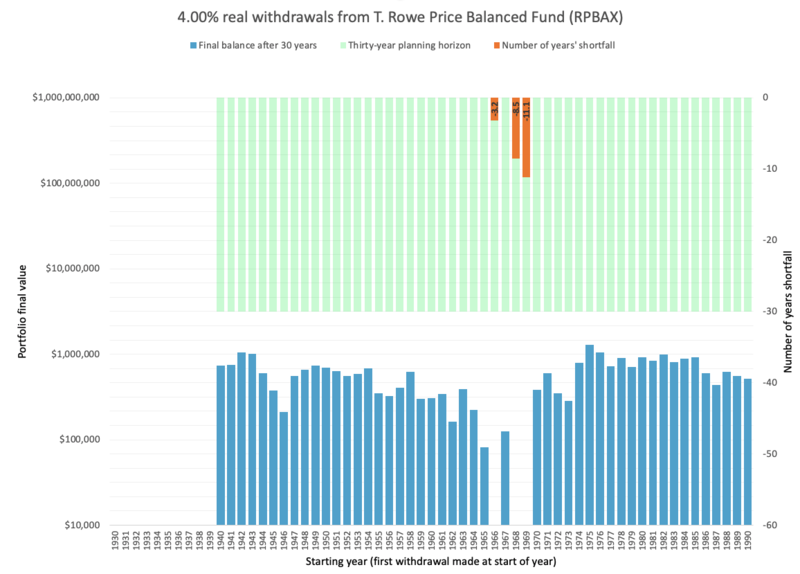 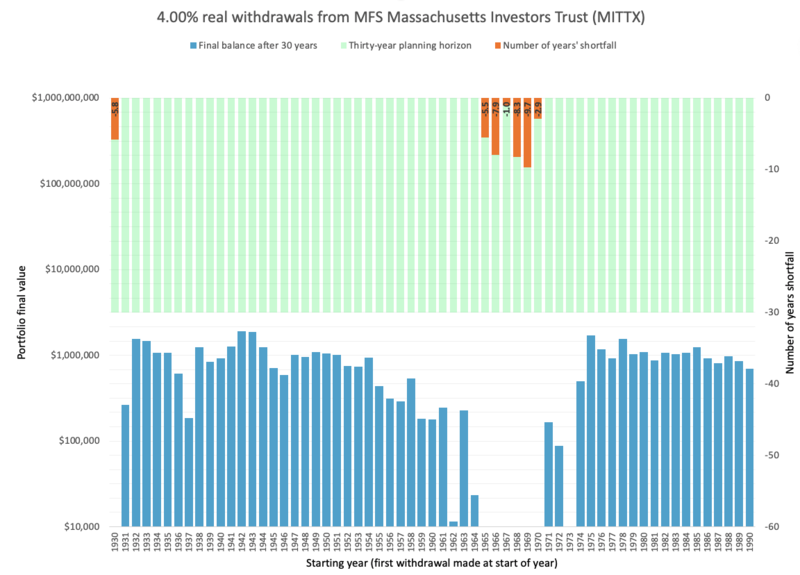 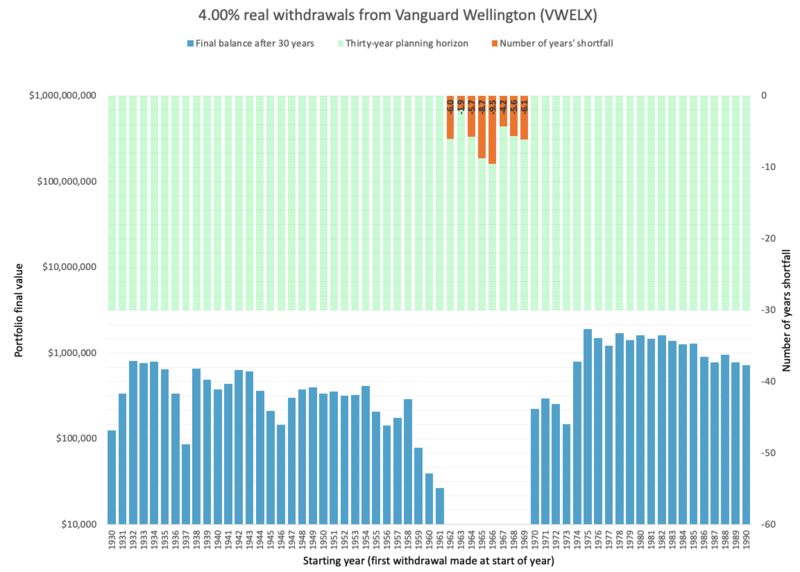